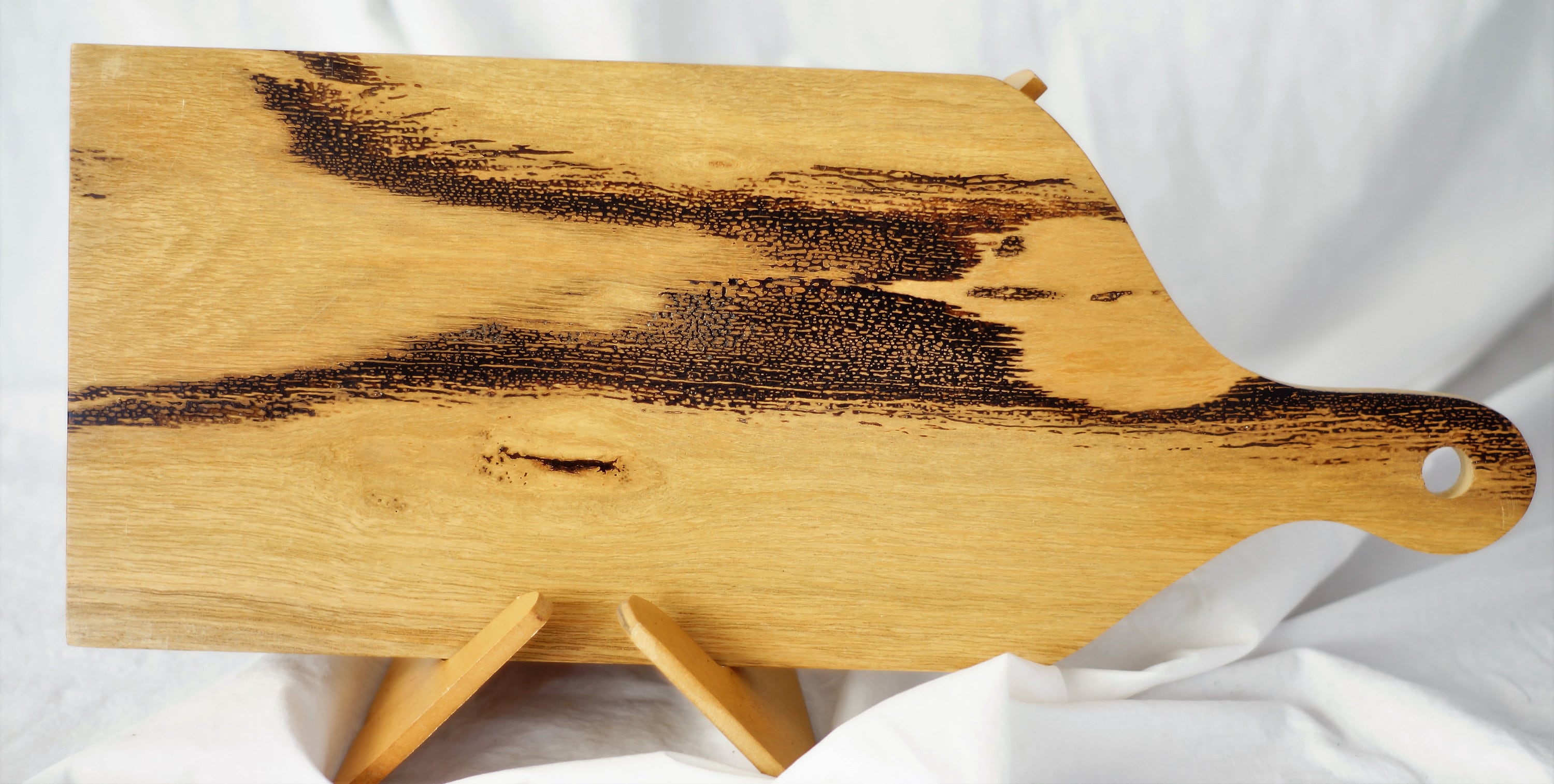 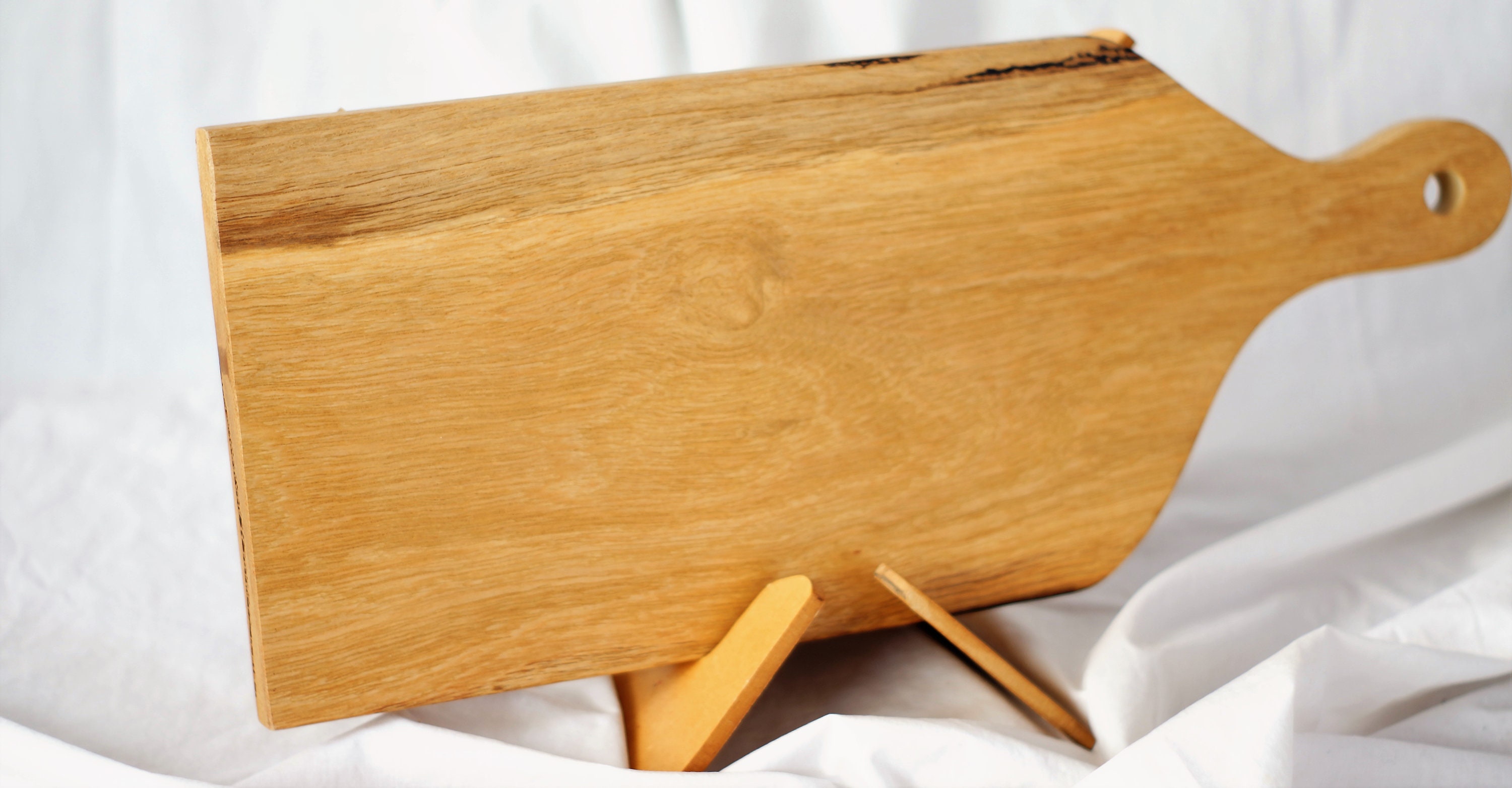 Marri timber food trencher / platter Measures 450 x 175 x 19 mm, finished with a Food Safe Oil. Please note that each piece will vary in appearance but they will all be the same wood and approximately the same dimensions. Due to the nature of wood no two pieces will be exactly the same

A trencher (from Old French tranchier; "to cut") is a type of tableware, commonly used in medieval cuisine. A trencher was originally a flat round of bread used as a plate, upon which the food could be placed to eat.[1] At the end of the meal, the trencher could be eaten with sauce, but was more frequently given as alms to the poor. Later the trencher evolved into a small plate of metal or wood, typically circular and completely flat, without the lip or raised edge of a plate. Trenchers of this type are still used, typically for serving food that does not involve liquid; the cheeseboard is perhaps the most common type in the West.

I gladly accept returns and exchanges

Ship items back to me within: 30 days of delivery

But please contact me if you have any problems with your order.

The following items can't be returned or exchanged

Because of the nature of these items, unless they arrive damaged or defective, I can't accept returns for:

0 items in your cart